There was some trouble with the blog this morning so this post is getting added a little late!

After a rather late night/early morning we have arrived. We departed SLC at 12:27AM, Friday morning. Most of us attempted to catch a few winks on the 3 hour flight to Charlotte, NC. We landed there quite a bit early despite all the news of hurricanes and the like, and the turbulence was minimal as well. Charlotte airport was a bit larger than I expected, but we made it to the gate with time to spare. Our next stop was off to Miami. After a 2 hour flight and a few more moments of rest we arrived there safe and sound just after 9am Miami time. That gave us just enough time to grab some food before boarding the plane for Haiti. As we deplaned in Cap-Haitian we all were finally able to shed our extra jacket layer thanks to the muggy heat that greeted us.

Grabbing luggage was a bit more chaotic than it is @ SLC. Then it was off to customs and baggage inspection. We were all grateful to have Eric to guide us through the process so that none of us were detained for the deflated soccer balls and frisbees that we brought.

It took a bit to get settled in the cars to make the long drive to UCI. We drove in two pick-up trucks which held the luggage and 4 team members each, as well as a van that carried the remaining 9 of us. We finally figured it out and got on the road around 2pm. We decided to go the mountain route, which I hear is supposed to be longer, but safer. Never having ridden on Haiti roads before it took a bit to get used to the way they drive. Honking as you pass motorcycles, pedestrians, even big trucks on all sides of the road. Lanes are not a thing here! We drove up a winding mountain gravel road and passed many little villages on the way. We had our translator, Bony, with us and he answered all questions as well as attempting to teach us Creole. Our favorite was the word for “goat” which I can’t remember at this moment. All I know is that it sounded like “cat meat”.

Thanks to the expertise of our drivers we got here in record time. We were welcomed with enormous smiles and hugs by Jean Jean and Kristie. They showed us to our rooms where we briefly settled in before taking a small tour of the grounds and eating a most fabulous dinner of “Haitian Hot Pockets”, as Kristie called them. I am most impressed at the work they are doing at the school and in the community. God is moving mightily in this community. I am excited to see more as the week heads on and to be a part of what is going on here. God’s community of people is definitely worldwide!

On a brief side-note, we have had a few other visitors while we’ve been here. There was a frog in one of the showers, a cockroach in our room, then Erin and Daniel went out and found a baby tarantula tonight. All of the cute children and baby goats on the side of the road more than made up for it. 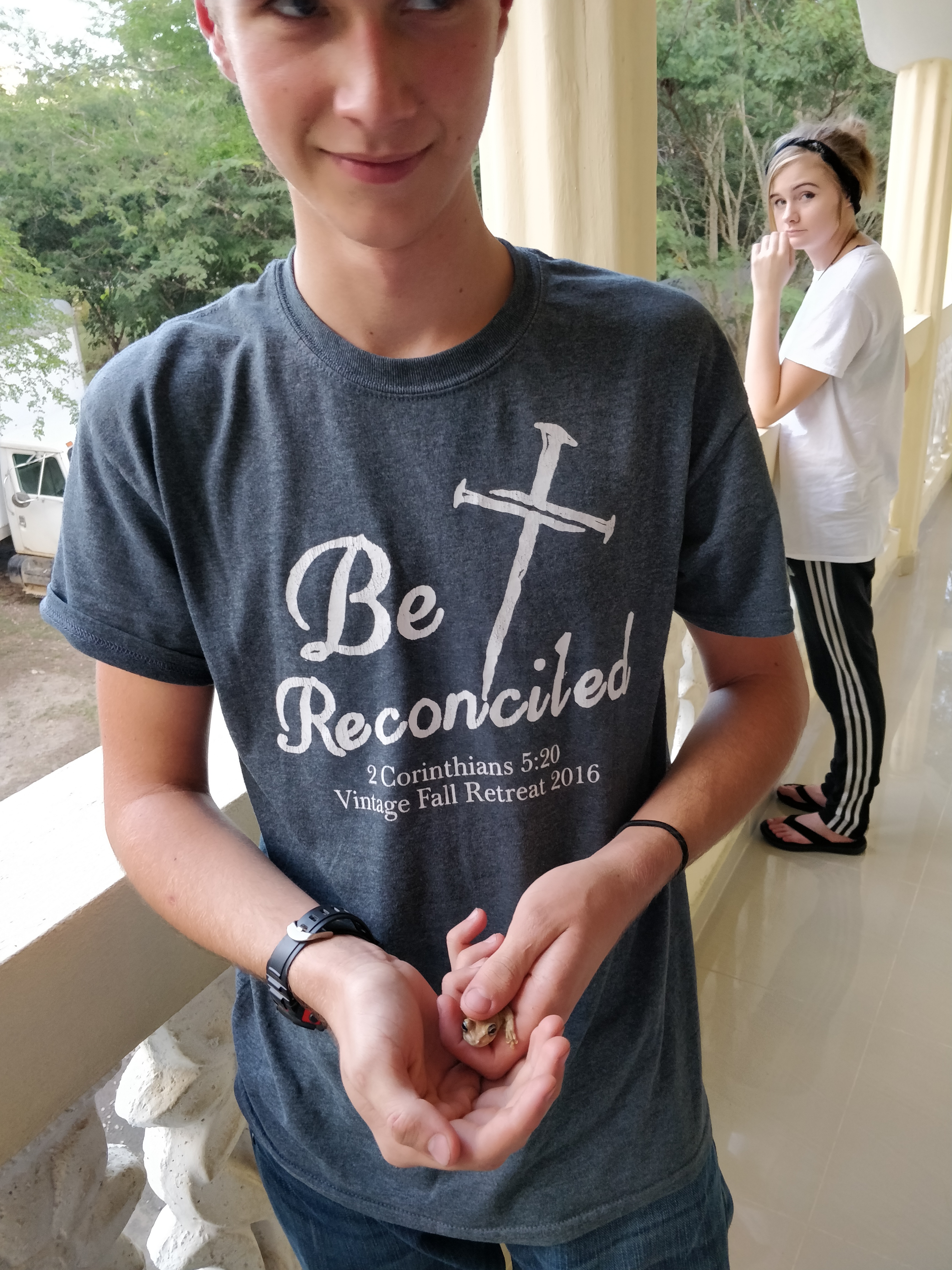 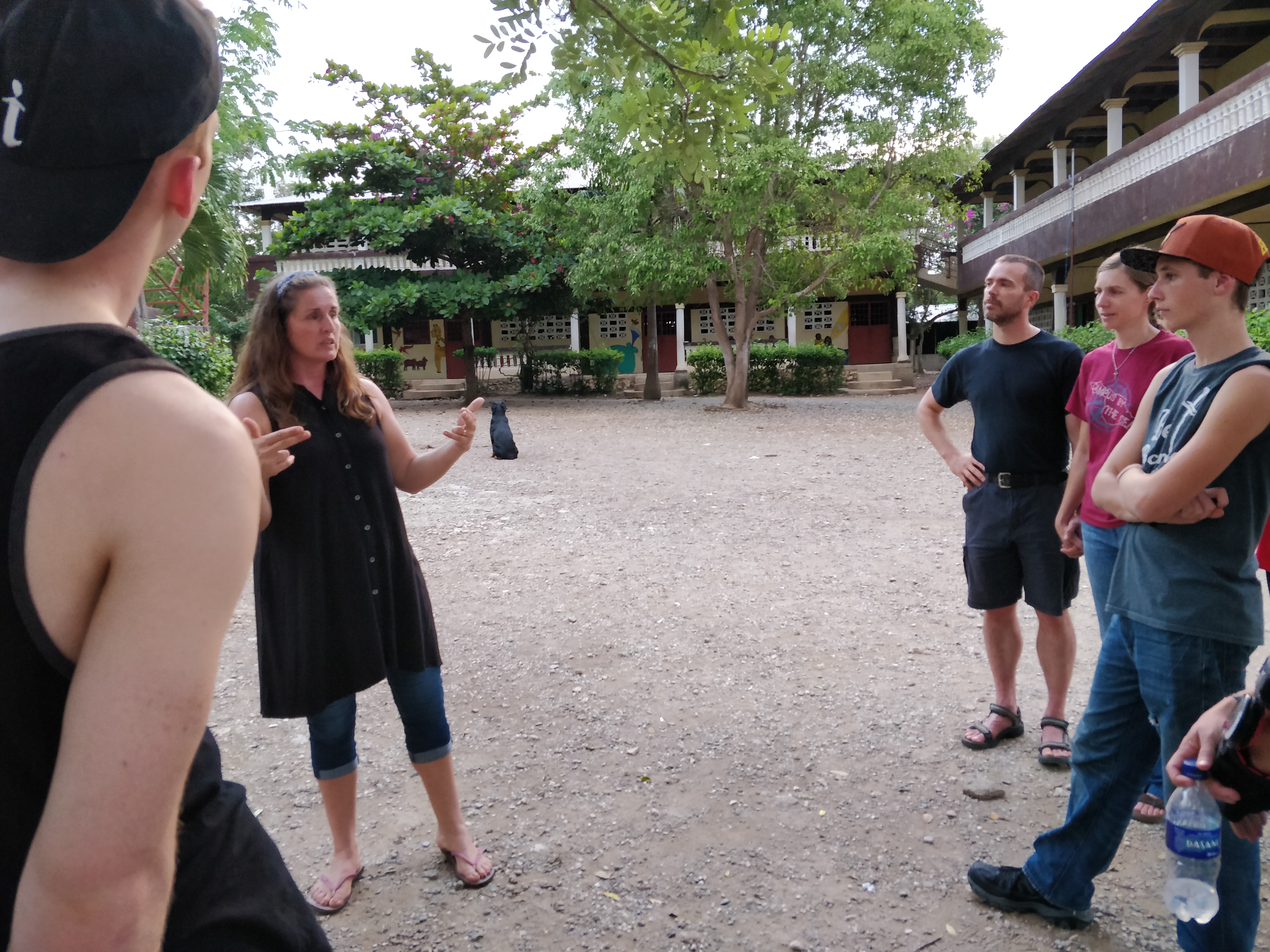 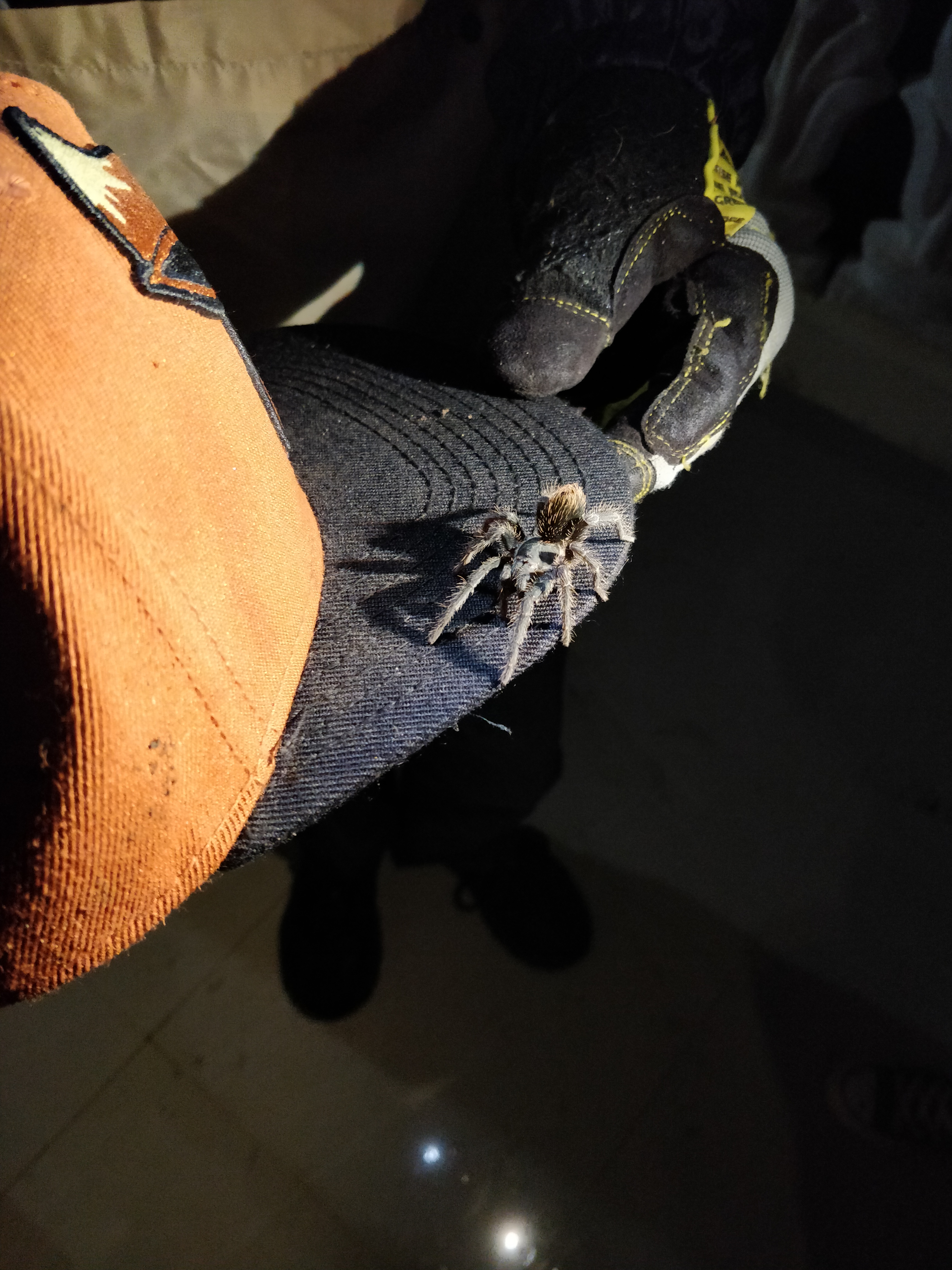